You are here: Home » Perfect Liberty 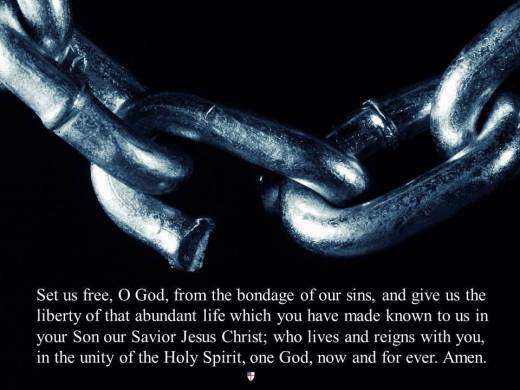 The founding patriarchs of the American Republic, composed of 13 former British colonies, were very much influenced by the eighteenth century Enlightenment and by Scripture. The enlightenment philosophers, such as British philosopher John Locke (b. 1632, d. 1704), proposed that the ideal form of life was the unfettered man has a right to his life in liberty and the right to own property. Those drafting the American Declaration of Independence restated that ideal as the unalienable right to life, liberty and the pursuit of happiness. In declaring independence, the founders believed they were establishing a democracy on the North American continent. Of course, it was a democracy for white male land owners, but it was a beginning. Nevertheless, liberty and freedom from the yoke of an oppressive power was their first goal.

Liberty, although, now a strong Enlightenment concept, earlier was seen as a form of living in which one found

meaning regardless of social standing. Liberty, in the Hebrew Bible, was found in adherence to the divine statutes. Among first century Christians, liberty was found for both free people and slaves in believing in Jesus as savior.

When one does a word search in the Scriptures the word democracy is not found. Democracy, generally, is not a Judaic-Christian ideal. In fact, it certainly is not an ideal of any of the three Abrahamic based religions. But, before we start using religion to dismiss the concept of democracy, remember the concepts of freedom and liberty are frequently expressed in both the Hebrew Bible and the Christian New Testament and ultimately lead to a democratic society.

Democracy is a Hellenistic ideal originating in ancient Athenian culture.  The word democracy, coming from the ancient Greek language, refers to people of the assembled society. Demographics, demography, for example, are related words. The word democracy connotes equality or a classless society. Some might even suggest it refers to fairness. One idea is that democracy leads to consensus. A more complete definition comes from Black’s Law Dictionary, which (in brief form) states, [Democracy is] “That form of government in which the sovereign power resides in and is exercised by the whole body of free citizens…”

However, democracy is not liberty or freedom. Those conditions should result in democracy but democracy may not lead to either.

The concept of liberty in Scripture is based on freely accepting the boundaries of the law, for example, in verse 45 of Psalm 119, the psalmist proclaims, “I shall walk at liberty, for I have sought your precepts.” However, when we go deeper in the Scriptures we find that liberty is more than following the statutes laid down by Moses, but rather in the idea that we are free by nature. In the Book of Isaiah we read these words,

The spirit of the Lord GOD is upon me, because the LORD has anointed me; he has sent me to bring good news to the oppressed, to bind up the brokenhearted, to proclaim liberty to the captives, and release to the prisoners…[1]

In the New Testament we find that liberty comes when a person commits him or herself to being living examples of the Gospel. The Apostle James, in his letter to the Church, wrote,

…be doers of the word, and not merely hearers who deceive themselves. For if any are hearers of the word and not doers, they are like those who look at themselves in a mirror; for they look at themselves and, on going away, immediately forget what they were like. But those who look into the perfect law, the law of liberty, and persevere, being not hearers who forget but doers who act–they will be blessed in their doing.[2]

While the word liberty appears often in Scripture, the word freedom is even more prevalent. The most profound statement made for freedom is in the Apostle Paul’s declaration of independence, the Letter to the Galatians, where he proclaims, “For freedom Christ has set us free.”[3] Then he continues,

For you were called to freedom, brothers and sisters; only do not use your freedom as an opportunity for self-indulgence, but through love become slaves to one another. For the whole law is summed up in a single commandment, “You shall love your neighbor as yourself.”[4]

Thus, the outcome, or even the purpose, of freedom or liberty is to be a slave to the needs of others—another way of thinking of this is to be a servant to the needs of one’s neighbors. So, to bring it down to a homely notion, if a neighbor needs a cup of sugar, give the neighbor two cups of sugar.

Jesus reasoned, during his “Sermon on the Mount,”[5] human beings cannot avoid sin—anger toward another 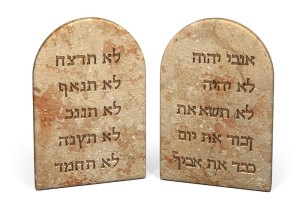 is murder, secretly lusting is adultery. Therefore, in reference to the Mosaic Law, the law itself leads people to sin. The Mosaic Law keeps all in the bondage of sin. There is no freedom in simply attempting to obey the Ten Commandments, it is virtually impossible to do. In Christ, however, faith has come, and by faith we are released to take the words so eloquently expressed by the prophet Isaiah when he sings, “…those who wait for the LORD shall renew their strength, they shall mount up with wings like eagles, they shall run and not be weary, they shall walk and not faint.”[6] This is the liberty of the abundant life in the promise of Jesus Christ.

Paul, in his First Letter to the Corinthians, says he was commissioned to proclaim the gospel. This commission, however, does not give him privilege.[7] Paul’s point is that he is free of the restrictions of the Judaic laws and formalities, but this gives him no right to ignore the requirements of the law to love his neighbor. The Gospel of Jesus Christ also has set him free of the bondage of sin. Nonetheless, he has an obligation, a responsibility to those to whom he encounters in his ministry; it is a duty to care, be with the people, to know their lives.

Now the list of words in need of consideration, along with liberty, freedom, and democracy, must include

responsibility. In freedom and liberty there is no less an obligation to be responsible.

The obligation to be responsible may be lost in the exercise of democracy. Apart from freedom and liberty there can be no democracy. Often in world history—especially in the last century—people exercised their democratic rights and ended with brutal dictatorships. In a democracy, the majority rules; the majority may wish to deny liberty to a class of people on the grounds of different religion, color, race, or other arbitrary discriminatory reason. For example, Hitler was elected in a democracy. Therefore, believe in liberty and freedom, the freedom Christ has set us free to live.

Exercising a democratic right must always consider the ultimate outcome of blindly following the majority. The majority may be right when it comes to electing political leaders, but God is not impressed with the majority. A majority may want to kill or decapitate the innocent in the name of God, but as the Psalmist sang, “He is not impressed by the might of a horse; he has no pleasure in the strength of a man…”[8] In other words, God finds no pleasure in the violence of the majority.

To be absolutely clear, democracy is essential to the exercise of freedom and liberty and vice-versa, but the freedom Christ has set us free to live is beyond exercising rights; it is even beyond political freedom or liberty. It is a life free of the bondage of sin and the liberty to live the abundant life promised by the Gospel of Jesus Christ.[9]

[9] Book of Common Prayer. Collect for the 6th Sunday after the Epiphany.