You are here: Home » The Great Community 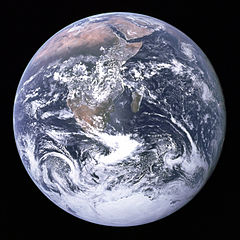 We know the ancient text of Hebrew Bible (the Christian Old Testament), filled with anger, revenge, sexual misbehavior, murder, intrigue, and war, also has a message for the world today—especially for us here in the United States.

For example, as I studied the text assigned to this Sunday (June 19) in the Revised Common Lectionary used by Christian communities following the liturgical calendar, I read,

I held out my hands all day long to a rebellious people,

who walk in a way that is not good,
following their own devices;

a people who provoke me
to my face continually…[1]

This passage from Isaiah seemed to me to describe the United States, a country that does not see to found. America is a nation that is full of itself, self-absorb, and in no need of God.

America has a god—itself. Americans say, “In God we trust,” but rarely mean it. Americans recite the Pledge of Allegiance to the Flag saying, “One nation under God,” but have no idea what that means.

Consistently God says, “Here I am, here I am,” but Americans do not hear God calling them. Instead, Americans hear the National Rifle Association. They hear bigots calling them to hate failing to see the dignity of all human beings. Americans, convinced by powerful corporations, believe that there is not any need for that sentimentality; in fact, there is not any necessity of humility, the humility that is truly God-like. Instead, as Isaiah condemned Israel so many millennia ago, we are like the people who say to God, “Keep to yourself, do not come near me, for I am too holy for you.”[2]

Instead, Americans as a people, as a nation, can better serve themselves and the world in remembering the words of the Psalmist,

Be not far away, O Lord;

you are my strength; hasten to help me.

Save me from the sword,

my life from the power of the dog.[3]

The rugged individualism that marks so much of American life and history is about war, about moving people off their land, about slavery. The story of America is the exercise of power. If we look conscientiously into the history of the United States, we will find that not only was the enslavement of the Black race the country’s original sin, but also genocide.

Americans rarely think about the latter of those sins. The enslavement of a race is ever before Americans in the anger of the black community against white people, but also because of the reactionary response of so many whites. Genocide is distant from Americans’ memories. The cities built on land  once occupied by people who had been on the North American continent for thousands of years no longer reflects that ancient history. The people of those ancient cultures were set aside, moved away, slaughtered, and confined to restricted areas of the continent. They are forgotten, they are left to suffer, and they are to a great part, forlorn— out of sight and out of mind.

Americans need to rehear, if they ever heard them, the words of the Apostle Paul,

The globe, the continent, and humanity are shared experiences. While the individual is important, the individual cannot be sustained without all acknowledging the community of life. Americans must be open to hearing God say, “Here I am, here I am.” Setting aside personal needs, at times, for the good of all, for the safety of all, for the love of all.