You are here: Home » CHRIST, WHOSE GLORY FILLS THE SKIES 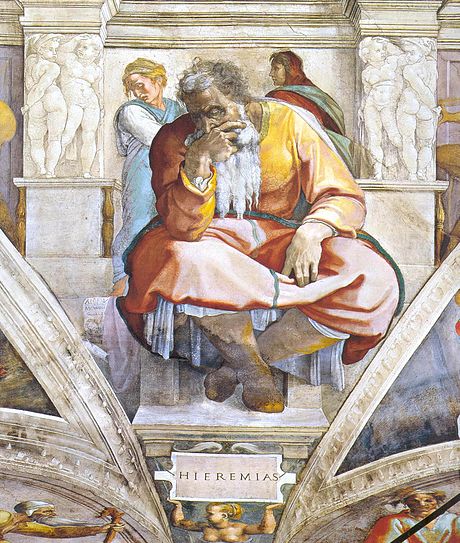 Possibly, our recent election can fit into Jeremiah’s prophetic words. The great mass of humanity who have felt rejected pushed out, and left behind by the ruling class have called forth a new king—whether he is wise or not remains unknown. He certainly is not the sort of king Jeremiah hoped would eventually rule Judah and Israel—or even this country. Jeremiah’s King would be “LORD is our righteousness.”

Kings are archaic in today’s context. There are a few kings remaining that have authority to rule. The Kings of Jordan, Saudi Arabia, and Brunei come to mind. Most of the reigning monarchs of our age are constitutional sovereigns that reign at the will of a Parliament. In this country and other true constitutional republics, the people are sovereign. Therefore, speaking of kings is mostly a foreign idea to Americans.

Nevertheless, we celebrate Jesus as Christ the King. The Holy King Jeremiah hoped for, a king who would save Judah and restore Israel. The king who will eventually restore the world to God is Jesus. He will sit on his throne and sort the sheep from the goats, and he will exercise justice and hold responsible the shepherds that have led the flock astray.

Wait a minute, this man Jesus is the king? In one place in the Gospels, after feeding the multitude with loaves of bread and fishes, Jesus is swarmed by the crowd that wants to declare him to be king and lead the struggle against the oppressing Roman empire. He gets away from the crowd and declares he is not that kind of king. Further, in our Gospel this morning, the king is hanging on a cross dying. He promises one of the thieves dying on an adjacent cross a place in paradise, and we can suppose a king can make such a promise but not ignominiously from an instrument of execution—he should be on a throne in a palace in Jerusalem.

If we believe in the sovereignty of the people, as we do in this country, Jesus is our perfect leader. On the cross, he is “everyman.” His ministry, devoted to the disreputable, the dispossessed, and the disabled is unexpected. He has healed the leper outcasts, brought back to sanity those possessed by evil, and he has dined with sinners as well as the elite. Jesus is all of us as he is hanging on the cross and promising paradise to the sinner who has contritely admitted guilt.

We think of presidents and governors, not kings. But, we can think in the way the Apostle Paul thought of Jesus. The man dying on the cross, the man who is “everyman”—one of us or we are one with him—has transferred us from the realm of darkness to the realm of light. If we grant TRUTH to the words of Paul, words reflected in John’s opening statement from the Gospel, “In the beginning was the Word…” Then this man hanging on the cross on a hill near a place called Golgotha is, in fact, our ruler.

Jesus spent his ministry not only loving the outcast but also those who were secure in the social structure. He proclaimed the rule of God and further said that the rule of God was near them—not out there somewhere in the cosmos. To be included in this rule required that they only do justice, be good shepherds, and do unto others as they would do unto themselves.  The king of righteousness administers the rule of God, or to put it backward when justice rules righteousness is the name of the king.

We can think in mystical terms of Jesus returning with the clouds, or we can think of Jesus present with us today. If we accept the latter, then we will see the rule of God at work in everything we do and insist its manifestation in those we have chosen to shepherd us. What does it mean to have the God’s reign present with us and Jesus is the guide and administrator of the kingdom of God?

All of that is mundane and even annoying to some extent. In the kingdom of God, there seems to be no place for rugged individualism. God calls us to live in common unity and to think as a community. Nonetheless, it is the rule of God that is near us and administered when we recognize Jesus is with us. However, in the  community of the saved, we cannot put aside the mystical. Thinking of Jesus coming out of the clouds gives us hope and may even inspire us to live up to the ideals of God’s rule. I love the hymns that provide an image of Jesus ruling from the skies and descending on clouds. Advent will provide an opportunity to sing such hymns, but the one I love that sings of the mystery of Jesus as the King is the old Wesleyan hymn, “Christ, whose glory fills the skies.” 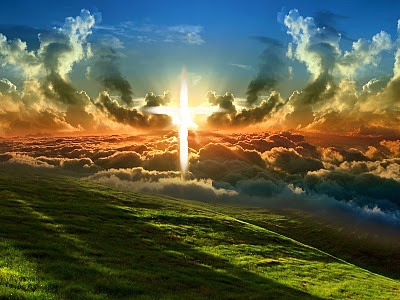 Christ, whose glory fills the skies,

Christ, the true, the only light,

Triumph o’er the shades of night;

Day-spring from on high be near;

Day-star, in my heart appear.