You are here: Home » BEING A CITIZEN

I WAS WORKING ON INCOME TAX THROUGH MID-APRIL.  I have given some thought to this unhappy annual duty. My unhappiness with taxes is not about paying them, but the way they are collected.  That led me to think about Jesus and taxes. Paying taxes in the first century was a burden as it is today, but the collection process was easier; no forms, no deductions, and no exemptions.  But the threat of the power of the government to force payment certainly was there.

Taxes were a New Testament issue.  Recall the words of Jesus when a question was asked to entrap him.  Jesus was asked, “Is it lawful to pay the tax imposed by Caesar?”  (You’ll find this story in the Gospel according to Matthew 22:17-22).  The person who brought the coin to Jesus was not its owner he was only its user.  The coin belonged to Caesar.  The teaching is, if you use the emperor’s coin, you must pay the tax such use imposes.

But what if I object and say, “Even if I use Caesar’s coin, I am still an alien here on earth and my loyalty is not to Caesar but only to God.”  That puts you in good company.  As the Apostle Paul wrote to the Philippians, those who claim Jesus as Lord have their citizenship in heaven.  Paul was advising the people of Philippi to guard that heavenly citizenship.  In chapter 3, verse 20, we read, our citizenship is in heaven, and it is from there that we are expecting a Savior, the

our citizenship is in heaven, and it is from there that we are expecting a Savior, the Lord Jesus Christ.

Because of that heavenly promise, we look to that place and to Jesus as our source of hope.  Nevertheless, we do have another reality.  We live on this earth, in a country, and in a community.  The dual citizenship that is ours requires from us dual responsibility.  \

Unlike so many places on the face of this earth, being resident in the United States is a blessing.  It is a blessing that comes with serious demands.

Among those demands are requirements to stay informed, form opinions, and defend the Constitution on which our liberties are founded.  The duty of every citizen is to speak up and participate in the governance of the communities in which we reside.  By speaking up and insisting on having a place in the public forum we protect the innate right of all of us to free speech and assembly.

Sadly, by simple apathy, too many of our fellow citizens have abdicated the right to speak and peaceably assemble.

Nonetheless, we have an endless barrage of free speech that has little or nothing to do with governance.  There are days I think all three-hundred-million Americans are saying something.  Often that something is offensive, untrue, or stupid. However, I would have it no other way.  Our freedom of speech does give us the right to be offensive, tell untruths, and to be stupid.  We need to guard those liberties carefully and suffer the insufferable (there’s no requirement to agree).  The good news and the bad news is we have the right to make fools of ourselves.  Better still, however, when most of us do speak we actually rise to grand and meaningful thought.  Ultimately, what we say or write is our decision, no one else’s.

Having spent 22 years in military service, I am an “Old Soldier”.  Service in the Armed 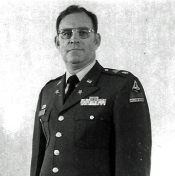 Forces, for me, was service to the people of this country.

My purpose for being in the military was not so much to defend our borders, but instead to defend what this country stands for.

My duty as a soldier was first to defend our Constitution from all threats, foreign or domestic.  As a defender of the Constitution, I expected my fellow citizens to enliven the document by participating in the governance of our nation.

How can a soldier defend liberty if the citizens don’t exercise it?  I believe liberty is lost by those who delegate their civic responsibilities to others.

Considering Paul’s advice to be citizens of heaven it is necessary to acknowledge that there is another side to the coin.  Paul was also able to understand the duality of our lives here on earth.  In his letter to the Romans Paul writes (Romans 13:1-7),

Let every person be subject to the governing authorities; for there is no authority except from God, and those authorities that exist have been instituted by God  … Do you wish to have no fear of the authority? Then do what is good, and you will receive its approval; for it is God’s servant for your good. But if you do what is wrong, you should be afraid, for the authority does not bear the sword in vain. … Therefore one must be subject, not only because of wrath but also because of conscience.  For the same reason you also pay taxes, for the authorities are God’s servants…

I am not certain I can agree entirely with Paul.  There are times when open rebellion against authority is necessary; our own independence as a people is the result of open conflict with authority.

Paul was advising the people of Rome to be good citizens.  Paul knew what it meant to be a citizen of Rome.  Citizenship brought both responsibility and privilege.  I am reminded of an event when Paul pulls out his citizenship papers, so to speak, and took full advantage of being a Roman Citizen (the story can be found in chapter 22 of the Acts of the Apostles).  Paul makes an issue of his Roman citizenship and insists on the rights and privileges of such citizenship.  As a citizen of Rome, he was protected from false accusation, abuse, and false imprisonment.  Ultimately, his citizenship does not protect him from the capriciousness of tyranny and the oppression of despotism.  A lesson we must heed.

Jesus never encouraged anyone to rebel against authority; he encouraged his disciples to challenge authority.

Jesus sought to change the nature of authoritarian Judaism by an invitation to know God as Father and to join with God the Father in creating a just world under the Rule of God.

If Christians live in the hope of the resurrection and are citizens of a heavenly country, is there a place in the social structure where we can have an impact?  Or, should we just let the irreligious rule while we put all our thought and energy to the coming of Christ?

I believe Christians must be good citizens, vote and speak out, find ways to participate in the governance of his or her community and national life, and care about those in need. Finally, good citizens are those who reflect the love of God and willingly take on the burden of the costs of civic order.