You are here: Home » Names Make a Difference

FOR SOME REASON BEYOND MY IMMEDIATE EXPLANATION I have started looking at the names of automobiles. Some of them are very exotic and others are non-translatable. I think it is the latter that has caught my imagination. 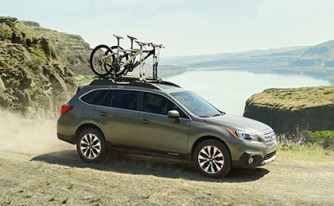 For example, a car I once drove had two names beyond its brand name. First, it was an Impreza; second, it is an Outback. The second name makes some sense. The car is a Subaru all four wheel drive and supposedly it can drive easily into and through the Australian Outback. But, what is an Impreza? That car name is not alone, for example, there is a car called a Focus another called a Taurus, and another a Fusion. Those are Fords, but Chevrolet has its own list of car names. They use places or types of ships. You can buy a Chevrolet Malibu sedan or a Chevrolet Tahoe truck. The Chevrolet sports car is called a Corvette. A corvette is a sleek sailing vessel that travels over the water at a fast clip. My question is this, what is the message these names are supposed to impart? Then there’s a Chevrolet called Lumina. That must have something to with light. Looking up the word on the Internet is no help; the searcher finds a reference to a lighting company and a metagenic (whatever that is) herbal remedy of some sort.

Focus, for example, is what we do when confronted with a problem or when we are adjusting a camera lens. Taurus is the Greek word for bull. I wonder how many people know that. Fusion is when you bring things together, for example, nuclear fusion—the H-bomb. Malibu is a coastal community just north of Los Angeles, California; what is the message we are to derive from that name? Ford also has a vehicle called an Edge. I guess that’s not too difficult to work out. The Ford Edge is the leading edge or on the edge of advanced design—you get it I am certain.

My curiosity got the best of me and I finally asked the question, “What does Chevrolet mean or stand for?” Ford is easy enough. Henry Ford invented a method to mass produce cars and sell them cheaply enough so those who made the cars could buy them. Chevrolet is a different matter. The car company is named after Louis Chevrolet, a Swiss auto racer, who was famous in the first decades of the twentieth century. A disgruntled former executive of General Motor partnered with Chevrolet to begin a new car company; the Chevrolet Car Company.

Foreign, Japanese and Korean, car manufacturers have a whole list of strange names for their cars. Hyundai has a wonderful set of names for their cars; they are Accent, Elantra, Azera, and Tiburon. I have no idea what these names are supposed to convey; well, maybe I get the name Accent, meaning something that is supposed to stand out. Tiburon is a total blank for me; however, I did find it is the name of a town in Marin County, California, so it must be a very high-class automobile.

Names are important and they do convey something about the person or thing named. In the Scripture, God is named as “I am who I am”. Jesus is given his name by the archangel Gabriel and then named again at the temple eight days after his birth in the Jewish tradition. Jesus confronts the demoniac and demands to know the name of the demon possessing the poor man in the country of the Gerasenes (Mark 5:9). The demon growls out at Jesus and says, “My name is Legion for we are many”. In order to deal with the demon Jesus needed to have its name; this is true in any critical area of life. In order to cure the sick, the disease has to be named. To identify a person, a name is needed. To say that the man had curly brown hair and brown eyes do not identify the man; to say that the woman was short with long black hair and sloe eyes may make her an Asian, but does not identify her.

Simon Peter–The Rock on Which the Church is Built

Jesus gave names to his friends. His friend Simon he names Peter—he is the “Rock” on which the Church will be built. The sons of Zebedee, James and John, he names them “Sons of Thunder.” As the apostle Paul recognized, names are important. He changed his from Saul to erase his Pharisaical connection.

Paul, however, sees something very special in the name of Jesus. It is a common Hebrew name related to the name Joshua—in fact, they are the same name. But the Jesus the apostle Paul is proclaiming is different. As he wrote to the church in Philippi, “Therefore God also highly exalted him and gave him the name that is above every name, so that at the name of Jesus every knee should bend, in heaven and on earth and under the earth, and every tongue should confess that Jesus Christ is Lord, to the glory of God the Father” (Philippians 2:9-11).

Names do matter. The thoughtless and casual naming of things does a disservice to the object named. Names matter for us too. When we name children they should be given names that mean something and convey a heritage.