You are here: Home » IN SEARCH OF WISDOM

I have thought often of this verse from the book of Ecclesiastes, “Wisdom is better than weapons of war, but one bungler destroys much good.”[1] For some reason I am unable to explain I think a lot about what is wisdom and what is intelligence.

Often people will ask, “How could he or she have done that, being so smart? Being smart or intelligent is not truly the same as wisdom. What then is the difference between intelligence and wisdom? First, a wise person is intelligent; however, the reverse may not be true. In my experience in the Army, for example, I worked with a number of people who were far more intelligent than I was. They could solve mathematical problems in an instant. Some could see through the issues being presented and understand where the problems lay.

In my memory, however, I can recall some of these very intelligent and talented people failing to demonstrate wisdom. Their failures were seen in the misuse of people, for example, or misunderstanding of the cultural currents of the countries where we serving. Worse yet was the total lack of interest in the cultural diversity in which they served. The question remains, what is wisdom? Maybe we can find an answer to that question in the Bible. Because the Bible has in it what is known as “wisdom literature”, we can use the Bible as our means of answering the question. The wisdom literature includes books of scripture, such as the Book of Proverbs, probably the Book of Job, a number of Psalms, and the Book of Ecclesiastes. In these writings, Wisdom is defined as reaching out to find the mind of God. In the apocryphal books, there are two sections that are clearly wisdom literature; they are The Wisdom of Solomon and Ecclesiasticus (or the Book of Jesus ben Sirach).

The book of Proverbs supplies a long list of thoughts on wisdom, but we must be careful when applying the adages that come from its pages. For example, “On the lips of one who has understanding wisdom is found, but a rod is for the back of one who lacks sense.”[6] I think the best advice to come from the Book of Proverbs is, “The beginning of wisdom is this: Get wisdom, and whatever else you get, get insight”[7] (

In chapter 9 of Proverbs is a truly remarkable section on wisdom. It begins, “Wisdom has built her a house…” I have written a poem based on the section of the book and I thought I would share with you. 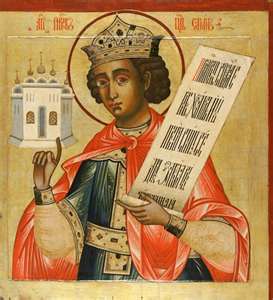 To be his guide,

but alas he lacked

sense when it came

among the wisest of

Why he even wrote a song

How could he have gone wrong?”

But, you see he thought

wisdom was among the verbs;

But instead, it is a noun.

He knew that Wisdom

Had built her house of seven

she called everyone to

to come and even

Drink her wine and eat from

She called the simple

Among the pillars, but

and wiser than he

Because in number they

became a giant WE.

But numbers were not

He forgot that Wisdom

In next year’s elections try to apply some Scriptural advice. Don’t look for the “smart” answers or, even experience (sometimes experience teaches the wrong things), but instead look for wisdom. I should know that wisdom doesn’t necessarily come with age (remember we aren’t called “Old Fools” for no reason), but it may; who knows? Keep in mind what the Teacher wrote so many centuries before we came along, “Wisdom is better than weapons of war, but one bungler destroys much good.” Bunglers abound, the wise are scarce. Search carefully for wisdom and she will be found.